An intoxicated Trinh Xuan Thanh was the last to board the Slovak government airplane on July 26, 2017, flanked on either side by members of the Vietnamese intelligence service, who held Thanh firmly by the shoulders.

The Vietnamese delegation visited Bratislava for less than an hour and a half. At 2:50 pm, the plane – part of the fleet of the Slovak Interior Ministry – was in the air and heading for Russia.

A month later, German investigators asked Bratislava about the passengers on the plane.

That was when Slovak police officials and ministry representatives had to at least suspect that the government airplane didn’t transport a drunken delegation member, but an abducted Thanh, a prominent Vietnamese manager.

We talked to Slovak law enforcement officials with knowledge of the abduction. This is the story as it is known to Slovak police, and as they recounted it to us. Their testimonials confirm the findings of the German prosecutors investigating the case, whose detailed report is at our disposal thanks to our collaboration with the German daily Frankfurter Allgemeine Zeitung.

Were a thorough investigation to be conducted, in which all members of the security detail, Interior Ministry employees and the airport staff could testify, then the truth might be uncovered. Thus far, though, Slovak representatives have not been asked for their official testimonies.

Trinh Xuan Thanh is walking down a street in Berlin, accompanied by his girlfriend, when a van with a Czech license plate stops near him. Two men drag him into the car and ride off. First to the Vietnamese embassy, later to the Czech city of Brno, until they end up in Bratislava, Slovakia.

At 3:30 pm, all drivers employed by Slovakia’s Bureau for the Protection of Constitutional Authorities and Diplomatic Missions receive calls and are asked whether they’d be available to work on the following day, Wednesday. A Vietnamese delegation is to arrive unexpectedly in Slovakia. Several bodyguards are surprised – similar visits are usually planned weeks ahead. Those who are available show up for work the next day.

At 1:07 pm, the Slovak government plane returns from Prague to Bratislava with the Vietnamese delegation already on board. That was the first trip for which Slovakia provided them with a plane. Police officers found it suspicious: usually planes are not lent to foreign nations. That was later confirmed by answers provided by the Interior Ministry – the lending of a plane was an extraordinary situation.

“Their plans changed completely; it seemed normal,” said former Interior Minister Robert Kaliňák in a SME daily interview, as he was explaining the reasons for lending the plane to the Vietnamese.

The door on the plane opened at 1:19. The delegation had already been joined on the plane by Radovan Čulák, the head of protocol at Slovakia’s Interior Ministry (identified by the German media as a key witness to the incident). His role is to ensure everything proceeds smoothly. Another person on board was Quang Le Hong, an adviser to Slovakia’s then-PM Robert Fico.

At 1:20 pm, a motorcade departs from Bratislava’s airport. The officer in charge is Ján H. (Denník N has the full names of all involved and interviewed police officers.)

The limousine with the Vietnamese Minister of Public Security To Lam is driven by Igor M., and the backup limousine by Lukáš H. Martin K. is behind the wheel of the van for the remaining members of the delegation; Čulák is there, too.

The vehicles are accompanied by five motorcycles. Such a high number seems unusual to the policemen, given the type of visit.

Interior Minister Robert Kaliňák is waiting in front of the government hotel Bôrik and conducting a nervous phone call, at times almost shouting. He mentions the word “passport”. 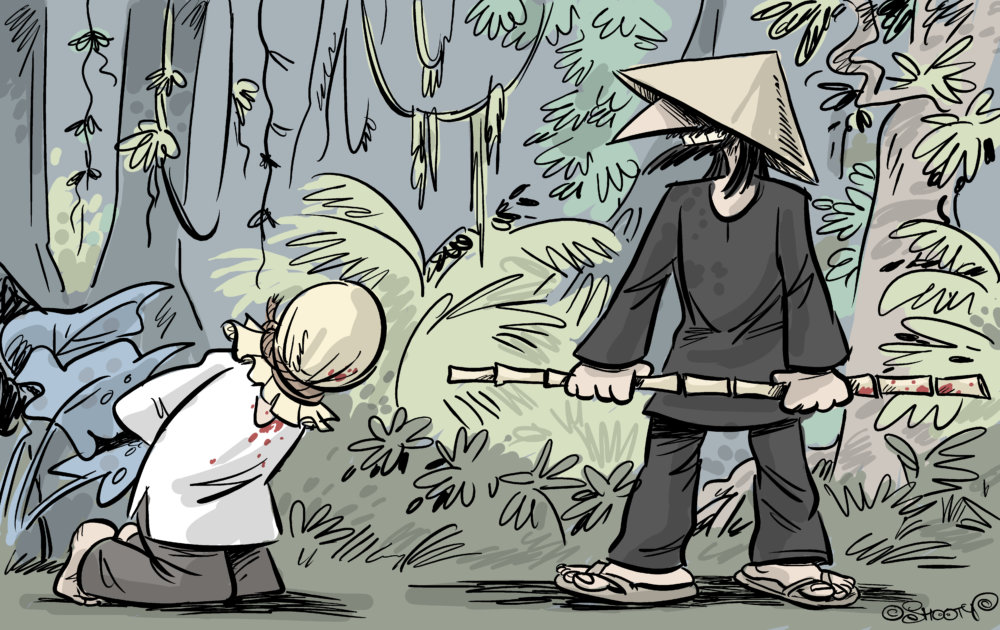 Three colored vans from a Prague rental and a Lexus SUV are already parked in the hotel’s parking lot. The kidnapped Trinh Xuan Thanh is in one of the vans. He is beaten, drugged, and his look is vacant. None of the police officers are aware of his presence. The location of the vans was established later by Berlin police thanks to built-in GPS.

Róbert S. and Slavomír Z. are in charge of the the various “security measures” at Bôrik. They observe the surroundings.

At approximately 1:35, the motorcade with the Vietnamese minister arrives.

A meeting between the two delegations starts in the hotel. For the Vietnamese side, the participants were the Minister of Public Security, To Lam; Duong Minh Hung; Le Manh Cuong; and Pham Van Hieu. The Slovak side was represented by Robert Kaliňák, Radovan Čulák, Ivan Netík, and Quang Le Hong. In addition to these, 19 “B category” persons were present at the meeting whose identity is not known to German investigators, either. The 19 were not seated at the table.

In the course of the meeting, something unexpected happens. Vietnamese representatives approach the commander of the motorcade –  Ján H. – and ask him to add one more van. Unbeknownst to him, it contains the kidnapped businessman.

“When a high official from a large Asian country visits, it is very common that all sorts of subordinate officials residing in neighboring countries show up to shake hands. It’s nothing unusual. Even if there were vans, it wouldn’t raise any attention. After all, it was public,” said former Interior Minister Kaliňák in the interview for SME.

However, for formal motorcades, such a request is unusual, as the number of cars and persons is always specified in advance.

At first, Ján H. refuses the Vietnamese request to include a foreign van. The security detail contacts the headquarters of the Bureau for the Protection of Constitutional Authorities, where they decide to be forthcoming: the Vietnamese van with Czech plates will not be allowed, but one more Slovak police van will be added.

They wait for the additional car, so the ministerial meeting at Bôrik is prolonged by a quarter of an hour, and lasts 40 minutes instead of the planned 25.

The driver of the new van is Michal C. At this point, the police officers see the beaten Thanh for the first time. The head of protocol Čulák tells them to take him from the Czech van into the police vehicle. He allegedly says, “Kali knows about this; it’s in state interest.”

Čulák tells the bodyguards that the Vietnamese being held had become intoxicated and fallen down the stairs. He is to be kept out of sight of the Vietnamese minister so as not to embarrass him.

Two men, probably members of the Vietnamese secret service, get into the van with Thanh. They prop him up to keep him from falling.

The motorcade appears at the Milan Rastislav Štefánik Airport at exactly 2:29 pm. Policemen on duty at the airport immediately notice that an additional vehicle has arrived. The cars head directly to the plane without going through any scanners or controls at the terminal designated for state flights.

The Vietnamese minister enters the plane first, followed by a part of the delegation. The abducted man gets in last, held under the shoulders to make it seem as if he is merely intoxicated and being supported.