Science that surrounds us

People often question the purpose of fundamental research. „Is it really worth the effort and money? “, they ask – and then they turn to the display of their smartphone to search for a way to the nearby restaurant. But how did we get there? In 1880s Prof. Reinitzer from Prague has tried to isolate the compound, which makes carrots orange. He failed his task miserably, but was able to isolate plenty of cholesterol derivatives, which astonished him with a new interesting property – they were liquid crystals. Now liquid crystal displays (LCDs) are a part of our daily life. When hearing about Einstein’s theory of relativity, many would say that it is a typical example of “useless” theoretical research. Yet the GPS in the smartphone, which allows for the location of a handy restaurant, can only calculate the position accurately thanks to the Einstein’s theory. But do you think, that Reinitzer was thinking of LCDs, when he was cutting his carrots, or that Einstein thought of GPS when putting his theory together? Yet as you can see, these marvelous discoveries would not come to life without their fundamental research. What makes the basic research especially beautiful is, that we have no idea what application will come from it eventually when we perform it – and that even failed projects, such as the Reinitzer’s carrot analysis, often yield groundbreaking results that find their way into our daily life. But as the fundamental research is the driving force behind a lot of the now common devices, we scientists can also often find an unexpected way how an everyday object is turned into a potent research tool. For example – in my research. As an organic chemist, I try to find ways how to perform selective reactions on organic molecules. To run a reaction, we need to add some energy to the molecule to activate it. Traditionally, this is done by heating it up – the same way as when you bake a cake. The problem is, that there are multiple sites on the molecule, which can react – and they need different energies to overcome the activation barrier. But you want to activate just one site at a time. Using the baking analogy – this is the same, as if you were trying to bake a strudel and a goose in one oven at the same time. If you wait for the goose to be ready, the strudel would be meanwhile converted into charcoal! And the same goes for heating the organic molecules – by waiting for one site to react, you often destroy other parts of the molecule. To overcome this problem I use visible light to activate the molecules instead of heat, as the light can give energy to the molecule selectively. This method was known for a long time, but until recent we lacked an effective and cheap source of visible light, because the lightbulbs (and sun) often generate high-energy UV radiation as well, and a lot of heat (infrared radiation). The change came with the development of high-powered LEDs – and now I irradiate my reaction mixture with the same cheap LED, that you have in your camping flashlight. Other problem is, that we cannot use visible light directly to activate the organic molecules. When you imagine typical organic compounds known under common names – sugar, aspirin (or methamphetamine!) – they are white powders, and they are white because they do not absorb any visible light. So we add brightly colored dyes – photocatalysts – which can absorb light and then transfer the energy to the organic molecules. In order to select the correct photocatalyst for my reaction, I use quantum-chemical computations to find the right match. Such calculations are very demanding, and were once only possible on expansive supercomputers. The researchers were looking for a cheaper source of computational power, and found it – in the computer graphics cards! As the modern games require immense computational power to render the larger-than-life graphics, significant effort was spent in the development of cheap but powerful graphic cards – and the scientists only used what was already there. So nowadays, when organic chemists want to predict the properties of molecules by finding the results of the all-powerful Schrödinger’s equation, they do it on the same piece of equipment, which your computer uses to render the dragons flying over the Jerall Mountains, when you are playing Skyrim! As you can see, the science is all around us, and as unpredictable applications can come from fundamental research, household objects find their way into the lab. So don’t forget the next time you switch on your smartphone, laptop, or flashlight: not only are they unexpected results of basic research – they are also world-class scientific instruments! 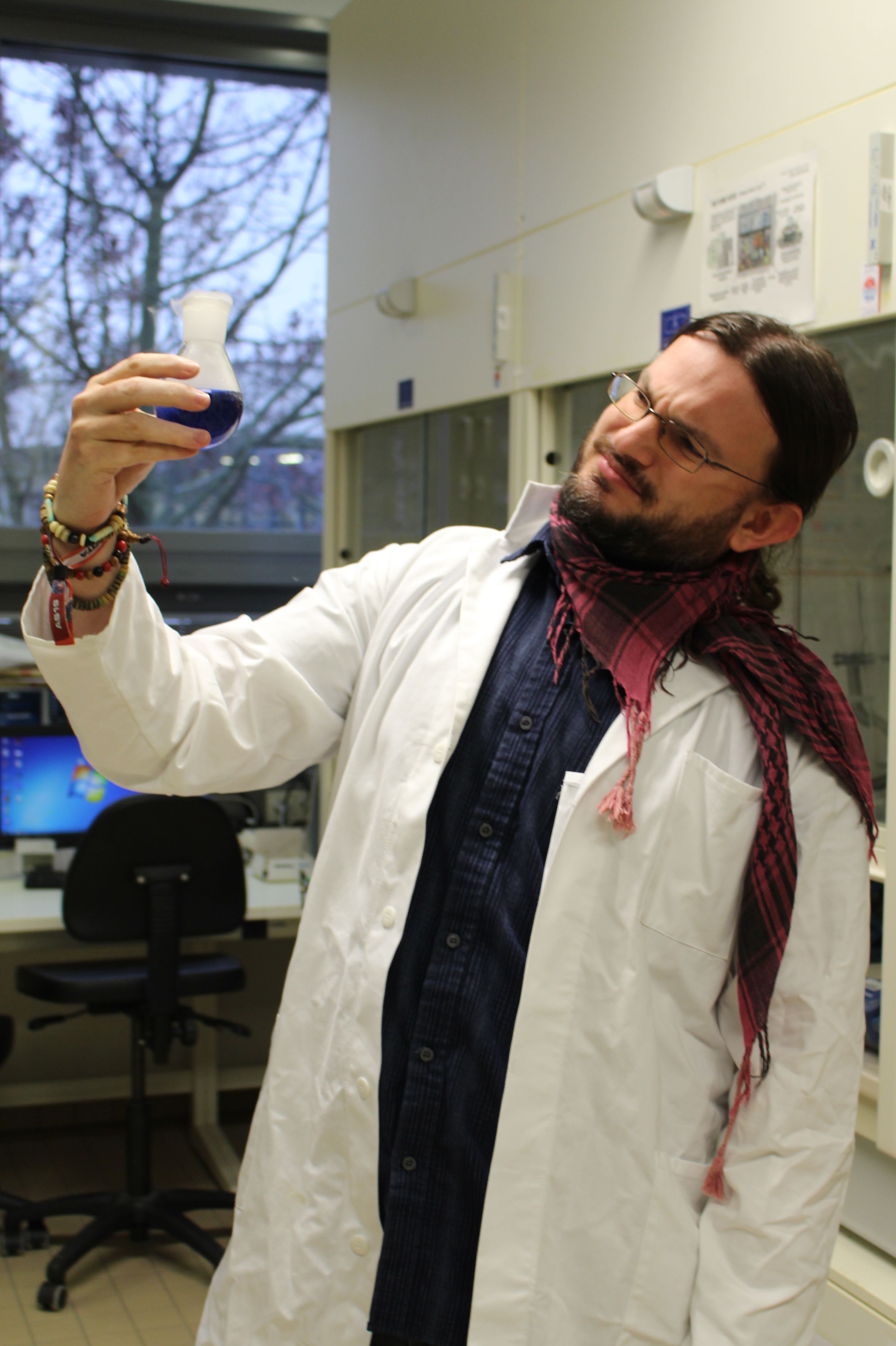