The East-West divide is tearing our continent apart once again and the world is slowly waking up to this reality. Britain’s exit from Europe and Trump’s assertions to pull out of NATO are shaking up the West. Our planet is now badly in a need of a new global leadership. Amidst the tensions, the election of the 9th Secretary-General of the United Nations is coming up. The ‘1 for 7 billion’ post holds a tremendous prestige as well as responsibility.  As luck would have it, the spotlight has also serendipitously turned to our corner of the globe. With no Eastern European Sectary-General yet, our time has finally come.

Will Miroslav Lajčák be the East’s first Secretary-General of the UN?

The stakes run high but also in our favor. The past 25 years have been nothing short of a ‘Golden Era’ for Slovakia and Europe. The integration of the continent’s bufferzone has given rise to stability and development in the Heart of Europe. Could this peaceful co-existence be coming to an end? Geopolitical expert George Friedman raises a warning finger. The West as we know it – and the West that we wanted – might be coming to an end.  In a world of frequent and dramatic twists and turns where the migration crisis, terrorism and Russia’s partial reclaim of former Soviet territory all follow in quick sequence, there is no time to waste. It is becoming obvious – a new leadership of genuine understanding is desperately needed.

A Foot in both Worlds

For 4 decades, we were part of the Soviet-Bloc. 1989 brought an opportunity to shed our iron chains and integrate into the West. Yet, we retain the memory of this turbulence. Our experience of both communism and capitalism has brought us the best of both regimes. Sometimes traumatic, other times jubilant. Whatever they were, they left their imprint on us.  This experience gives us a unique perspective. We understand the East, but we also understand the West. This is our main asset. This is what we have to offer the world.

The Rise of Eastern European Champions 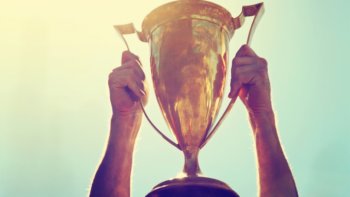 Miroslav Lajčák was born and raised behind the Iron Curtain.  As a young professional, he witnessed the transformation of his country from the Soviet-Bloc to the European Union. A champion of the EU and a proponent of Western values, the Slovak Minister of Foreign Affairs is simultaneously well acquainted with the East.  The constraints of the era at the start of his career meant that he was a member of the Communist Party. He also holds a Doctorate from the Moscow School of International Relations. One of the world’s most prestigious universities outside the West.

From Taming a War to the Summit of Presidents

His extraordinary skill set put Mr Lajčák in the ideal place for leading peace negotiations in Europe’s most recent war. From the position of the Executive Assistant to the UN’s Secretary–General´s Special Envoy, he helped to de-escalate deadly tensions in the conflict ridden Balkans. This was his first opportunity to leave a major impact on the international scene. Coming from a post-Soviet Bloc perspective, he did not patronize or blame the conflicting parties, like many who came before him did. Instead, he tamed a war through negotiation and understanding. Later, he personally spearheaded the Summit of Presidents between Russia’s Vladimir Putin and USA’s George W. Bush. The high stakes meeting took place in our very own Bratislava nearly 10 years ago and once again highlighted our ability to find convergence between the two worlds.

We Must Strive for Mutual-Understanding 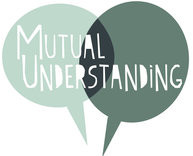 Harmonizing the world has always been a priority of the UN, but it is becoming ever more critical now. The spotlight has come to Eastern Europe. World leaders are aware that this region is vital to maintaining fragile balance of power and peace on the planet. The rise of Miroslav Lajčák for the top post is no surprise. He embodies the priorities of the UN and already has a good track record of international peacemaking.

It is beyond doubt that the West is in many ways more sophisticated. So why should the UN turn towards the East in the search of its new head? The Western world has been at the forefront of political, social and economic progress. It is the cradle of democracy and the free market. The region spearheaded industrialization. On the other hand, it also means that the West is so far ahead of much of the world, that it cannot understand it.